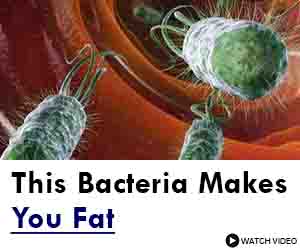 What you should know about probiotics

You might be surprised to learn that how you feel and even look every day is tied to your intestines. To maintain good health, your intestines must absorb nutrients properly and help your body to eliminate waste and toxins.

Your intestines, which lie between the stomach and rectum, are part of the Gl tract or digestive system. In the small and large intestines, food is broken down and absorbed into the bloodstream, providing your cells and organs with the energy they need to function. Your intestines do this with the help of good bacteria (also called microflora).

These “good bacteria” aid digestion, promote vital nutrient production, maintain pH (acid-base) balance, and prevent proliferation of unwelcomed, harmful, pathogenic bacteria. From the time of your birth your body is inhabited by microorganisms.

The microorganisms in our guts perform a host of useful functions, such as the fermentation of unused energy substrates, training the immune system, preventing growth of harmful, pathogenic bacteria, regulating the development of the gut, producing vitamins and producing hormones that direct our bodies to store fats.

Changes in diet, stress and aging and other factors can disrupt this delicate balance.

Lack of good bacteria can lead to:

Lack of good bacteria is so common that many health professionals recommend the use of probiotic supplements. Probiotics are good bacteria strains that limit the proliferation of unwelcome bacteria in the intestinal tract by crowding them out.

In the first decade of the twentieth century a Russian scientist, Elie Metchnikoff, suggested that the long lives of Bulgarian peasants might be a result of their consumption or fermented microorganisms which positively influenced the microflora of the colon. This discovery, together with his work in immunology, earned him the 1908 Nobel Prize for Medicine. 1 his event raised considerable interest in the study of benefits of microorganisms to humans. In 1974 the term “Probiotic” (pro – for; bio = life) was coined to describe the use of beneficial bacteria to positively influence health.

Today the scientific field agrees that probiotics offer a broad range of health benefits when taken in sufficient numbers.

Conditioned as we are to think of bacteria as trouble-makers, it’s hard to accept that we may actually have too few of these organisms in our digestive system. Yet that is actually quite common. And when it happens, our bodies let us know with occasional sluggishness, irregularity, bloating, or a weaker immune system.

There is a synergistic relationship between good bacteria and our body: we provide them with a safe place to live and grow, and they help us digest, absorb our food, eliminate and maintain a healthy intestinal function. It works very well… as long as there are enough of them.

However, not all probiotic bacteria are identical. They differ on the basis of genus, species and strain and results. Also it has been shown that organisms must both live and colonize within the gut to induce beneficial effects. Unfortunately a lot of probiotics don’t even reach the intestine and hence offer no benefits.

Probiotics are fragile live bacteria. Probiotic cultures vary and the benefit of a probiotic is not measured simply by the number of living bacteria in a pill. The beneficial effects of the presence of probiotics in the gastro-intestinal tract depend on their viability – the ability of the bacteria to survive and colonize.

In the U.S. many probiotic products are supported by poor research, are poorly formulated, and suffer from poor quality control. Most products list bacterial genera and species but make no mention of the viability of the bacteria. Acidophilus, for instance, has only -A 53% viability, which means that only half of the bacteria you take will be able to survive the trip to your gut.

What causes changes in gut microbiota? Many things, including the use of antibiotics, cleaner water and improved sanitation and hygiene in general, all of which influences the type and amount of microbes that reside in the intestines.

When the intestinal bacteria is changed, the host response changes with them, and that may predispose you to a variety of diseases of which obesity and metabolic syndrome are perhaps the most mild.

Studies on gut microbiota has found that obese individuals tend to have a makeup of pathogens in their intestines different from that of people who are of normal weight.

The result of some studies suggest that the tendency for some to eat more may not only be driven by the fact that food is cheaper and more readily available, but by a change in the bacteria in the intestines.  They may be eating too much because a gut bacteria imbalance is causing a low-grade inflammation that in turn causes insulin resistance which increases their appetite.

Thus our intestinal bacteria may help determine whether we are lean or obese by altering the way we store fat, how we balance levels of glucose in the blood, and how we respond to hormones that make us feel hungry or full.