Here’s To Healthy And Beautiful Nails!

There is no substitute for a healthy diet as you are what you eat. Radiant health shows not only in the rosy glow of your skin and the healthy bounce of your hair, but also in the vitality of your nails. When the balance of health is disrupted, the first signs actually appear on your nails.
Have a look at your nails. Are they discolored, brittle or jagged around the edges? If they are, you just may not be getting the right nutrients into your body despite eating well and consuming supplements.
Here are a few tips that will help you have great nails and good health.

You can tremendously improve the health of your nails by remembering that the greatest foes of healthy nails are harsh detergents and water.
This deadly combination actually causes stress upon nail fibres, which eventually lead to split or brittle nails. The best thing you can do and do religiously is to don a pair of rubber gloves while you clean or do the dishes.
You should also know that filing the corner of your nails is a big no-no. This will weaken the nails and they will break more easily as a result. So if your manicurist insists that the latest trend requires you to file those corners, then it’s about time you change your nail care attendant.

The Lowdown On Nail Polish Application

Nail polish is a solvent used to enhance the appearance of one’s nails to give color. It can be worn on the fingernails or toenails, or even both. Nail polish dates back to circa 3000 BC by the Chinese. They are believed to have used a solution made of beeswax, gelatin, and gum Arabic; in order to have color, the Chinese would add mashed flowers and leave them overnight. In Egypt, nail polish was used to indicate social status.
Nail polish has since then evolved to have a polished look than just being painted. There are wide arrays of shades that can match to ones liking and/or one’s skin tone; from glittery to metallic to clear. At times, men, not only women, prefer to match their nail polish with their outfit. Through the use of nail polish, people have found a way to create art on nails; people would draw lines or flowers or even use different colors on every nail. Apart from cosmetic purposes, some brands have showcased certain types of nail polish that promote, growth, strength, and prevention from occasional breaking and cracking.
Nail care is not only about nail polish. In fact, sometimes, you can get away without nail polish as long as you have beautiful nails. Nail care says a lot about your personality and on how you groom yourself. Aside from that, it can also build up your confidence, you’ll have younger looking hands, and healthy at that. So before you decide on the color that you like, prep your nails first to maximize your nail polish experience.
Here are some general ideas on how to do your own nail care. Once you’ve read this article, youll never look at nail care the same way ever again!
You might want to know that keeping your nail polish in a cool, dry place will actually lengthen its shelf life. You would want to store it where there is constant temperature. Once you have you have your nail polish on, avoid basking your hands in the water for too long as it can lift the polish off. If you really want your manicure to last, apply topcoat once a day; this would also keep the shine of your nail polish. Contrary to popular belief, you should never shake your nail polish, better to roll them between your palms. Shaking the nail polish would actually introduce air and therefore create bubbles.
Have fun coloring your nails! 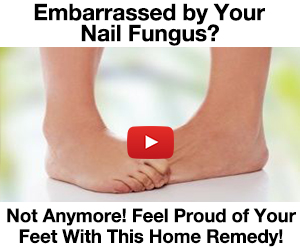 Nail fungus is something most people know very little about. We may see a few different advertisements or commercials about nail fungus treatment and prevention, but we really do not know what nail fungus actually is. Nail fungus is a fungal infection of the nail also known as onychomycosis in the medial world.
Studies show that while nail fungus is a common occurrence, it will typically infect the toenails. Very seldom will nail fungus attack the fingernails. Further studies show that approximately twelve percent of the U.S. population has some sort of nail fungus and it is typical with age. People aged 40 and older are the most susceptible to nail fungus. Like many other forms of affliction, nail fungus is hereditary; it seems to run in families. Some others may be more susceptible to nail fungus as well such as those who have a suppressed immune system due to certain diseases or treatments. People who have been diagnosed with AIDS, have received transplants, are undergoing cancer treatments are also at risk.
Nail fungus is very common and usually appears with the toes; although it can also spread to the finger nails. It can sometimes be difficult to spot although a symptom which is pretty early to appear is a yellow discoloration of the nail.
Speaking from experience, this is not a definite sign that you have nail fungus, which is why it is important to seek medical advice. In my case it turned out to be damage of the nail root (as a result of sporting activities) which highlights this fact.
If you do have a nail fungus infection, the symptoms will progress into the nail breaking apart and the nail becoming thick. The color of the nail may also darken and become more discolored.
With the internet being such a wealthy source of information, you will more than likely find numerous remedies and treatment solutions for nail fungus. However, it is recommended that a doctor is consulted to properly diagnose the infection first and then to recommend the correct treatment required.
But how do you go about preventing nail fungus from occurring in the first place?
– Try and maintain a strong immune system and healthy body. This provides the best opportunity to fight off many infections.
– Keep your nails well maintained; clean and trimmed.
– If you have an injury to the nail make sure that you treat that injury so that nail fungus does not have an opportunity to get in.
– Keep your feet dry and cool, and make sure that they are cleaned regularly. Fungus likes to grow in warm, damp areas so make sure that any footwear and socks are also kept clean. There are powders that can be purchased that can help prevent fungal infection when applied to footwear.
If you think that you may have fungal nail infection, make sure you book an appointment to see your doctor as soon as you can. Don’t put it off until next week or next month. The sooner you start treatment the sooner the infection can be removed. It is also important to maintain the treatment provided to you by a doctor if it is determined that you have fungal nail infection. The infection may require treatment for some time (months), so it is important that you are committed to staying with the treatment routine.
There is nothing to be ashamed about if you have a fungal nail infection. It is a common occurrence that millions of people suffer from. Many people will put off seeking professional help as a consequence of this but it is important not to do so.