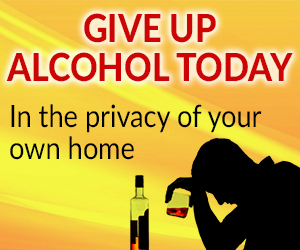 What Alcohol Really Does to You

Millions of people struggle with drinking problems. If you are one of them, deep down you know that your drinking will probably eventually have long term effects on your health.

You may think of your drinking problem as alcoholism, or you may prefer to call it something else, such as alcohol use, alcohol abuse or alcohol dependence. What you call it isn’t as important as what your drinking is doing to you.

The devastating impact alcohol is having on your health may not be noticeable right away. But when you drink over a long period of time, alcohol may be in the process of damaging almost every organ in your body.

Damage to Your Health with Alcohol

Alcohol can cause a wide variety of health problems. Heavy drinking increases your risk of blood clots, which can lead to stroke or heart attack. The heart can suffer considerable damage after years of drinking to excess, increasing your risk of irregular heartbeat and coronary artery disease

Alcohol can cause horrible damage your brain, which is evident when you have blackouts or memory problems. Your immune system may also be damaged, making you more susceptible to illnesses.

The most widely known chronic illness caused by alcohol is cirrhosis of the liver. Cirrhosis is scarring of the liver to the point that the liver no longer functions properly and may ultimately fail. If you develop cirrhosis, symptoms you may experience include tremors, confusion and pain.

The liver isn’t the only organ that may be badly damaged by drinking. Kidney disease is another chronic illness that may be caused by alcohol abuse. You are at high risk of developing several different forms of cancer if you don’t stop drinking, including cancer of the esophagus or liver.

Drinking heavily can cause digestive problems and you may develop gastritis or ulcers. Many people who drink too much would rather drink than eat, and they end up malnourished.

How to Get Sober Before It Is Too Late

As long as you keep drinking heavily or often, alcohol is continuing its assault on your body. If you don’t get help for your drinking problem, the question isn’t if alcohol will cause major health problems – it’s when.

There is little or no nutritional value in alcohol, and drinking on a long-term basis will sooner or later destroy your health.

It’s time to give up drinking before it’s too late.

Many people who become dependent on alcohol want to get sober but don’t know how. If you fall in that category, you probably know that you can’t keep drinking the way you’re drinking, not if you have any hope of staying healthy.

There is a way to avoid suffering disability or death caused by alcohol. It’s not as difficult as you may think.

Alcohol Free Forever™ can show you a step by step method to give up drinking once and for all.

Visit Alcohol Free Forever™ to learn what you need to do to give up this habit that is in the process of destroying you. And don’t worry, it doesn’t involve awkward meetings or expensive counselors!

Do You Have an Alcohol Addiction? 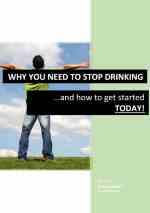 Are you having a problem with your drinking?

Get “Why You Need To Stop Drinking” for FREE