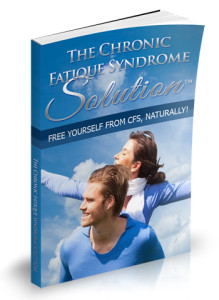 Many people consider these conditions to be psychosomatic in origin because people suffering from these conditions can look healthy and normal from the outside, and yet complain of so many different symptoms. Then there is a new theory emerging among doctors who have used long-term antibiotic therapy to treat these conditions that fibromyalgia and CFS are not simply auto-immune diseases that are triggered by infections, but that the symptoms are signs of a chronic ongoing infectious disease.

Fibromyalgia is a syndrome that is composed of many different symptoms. The primary symptom is pain and tenderness in multiple areas of the body. This is often linked to fatigue, sleep disorders, digestive problems, and depression. Fibromyalgia and Chronic Fatigue Syndrome are considered to be overlapping disorders which many consider to actually be the same illness. Dr.Khan has developed an aromatherapy formula called Fibromyalgesic and an herbal formula called FibroTea for these conditions.

Many people consider these conditions to be psychosomatic in origin because people suffering from these conditions can look healthy and normal from the outside, and yet complain of so many different symptoms. These symptoms can include mental symptoms such as brain fog, forgetfulness, spaciness, depression, moodswings, anger, and extremes in behavior. Unfortunately, as a result many people with this disease are viewed with skepticism by medical practitioners and lay people alike and are often branded as hypochondriacs.

Another view of CFS and fibromyalgia is that the conditions are auto-immune diseases which are triggered by an infection. Most doctors take the view that Epstein-Barr virus, which is the virus that causes mononucleosis, is the primary culprit. This is rather doubtful, in my opinion, since most of the population is exposed to this virus early on in life without this virus triggering any serious long-term complications.

Then there is a new theory emerging among doctors who have used long-term antibiotic therapy to treat these conditions that fibromyalgia and CFS are not simply auto-immune diseases that are triggered by infections, but that the symptoms are signs of a chronic ongoing infectious disease process in the body. These doctors claim to have had excellent results in the treatment of these syndromes using long-term antibiotics, often in very high dosages. They have also had very good results with treating other so called “auto-immune diseases” with long term antibiotic therapy. Often, patients suffering from fibromyalgia, CFS, and other diseases such as irritable bowel syndrome, lupus, multiple sclerosis, and rheumatoid arthritis experience complete remissions after a long course of antibiotics.

The positive results that these patients are experiencing implies that many auto-immune diseases may actually be chronic undiagnosed bacterial infections. There are a number of pathogens that are not easily detected in the body through standard diagnostic procedures and that are not easily killed off through a short course of treatment. These pathogens may be involved in fibromyalgia and chronic fatigue syndrome. There is a new theory that chronic fatigue syndrome and fibromyalgia may be related to chronic mycobacterial infections.

It is also possible that many of these people actually suffer from Lyme Disease which has never been diagnosed due to the lack of proper testing. Lyme Disease is the fastest growing infectious disease in this country next to AIDS. Cases have been found in all of the lower forty-eight states. Lyme Disease is cause by a spirochetal bacteria called borellia burgdorferi. Borellia burgdorferi is a very resilient and adaptable organism. Doctors with clinical experience in the treatment of this disease have noted that certain antibiotics work for certain forms that the bacteria can take, but not for others. The spirochete can take a cyst form where most antibiotics cannot reach it. It also hides in the joints of the body, in areas of poor circulation, and it may hide within the cells of the immune system.

The Center for Disease Control estimates that only one in ten Lyme Disease patients are ever properly diagnosed. The CDC also estimates that it takes an average of thirteen doctors and an average of two years for these people to be properly diagnosed. By the time the diagnosis is made, the disease can be quite entrenched in the body. There are also often many co-infections in Lyme Disease patients that may cause a host of other complications. Nevertheless, since the disease and its associated co-infections are caused by bacterial organisms, and these organisms can be killed, there is hope for recovery.

Lyme Disease can cause all of the many symptoms that people with fibromyalgia and CFS suffer from. It can cause achy muscles and joints, depression, fatigue, migraine headaches, tingling nerve sensations, insomnia, sleepiness, digestive problems, poor circulation, blurry vision, hearing irregularities, mental problems, weak limbs, pain in the rib cage, liver enzyme irregularities, hypothyroidism, an increased tendency for red blood cells to clump together, swollen lymph nodes, and much more. The irregularities in liver function may be responsible for the chemical sensitivities that many people with fibromyalgia and CFS experience. Because the organism that causes the disease is often not in the bloodstream, it is difficult to diagnose the disease through testing. Doctors who are familiar with the disease tend to base their diagnosis mainly on the clinical symptoms the patient presents and the risk factors that the patient has had exposure to, using testing as only a secondary measure for making a diagnosis.

According to the doctors who use it, long-term antibiotic therapy may help people who suffer from fibromyalgia, CFS, Lyme Disease, and many other “auto-immune diseases”. Nevertheless, there can be serious side effects from this type of therapy. Antibiotics used a long period of time can cause kidney and liver damage. They can cause gallbladder problems. Many people also cannot tolerate oral antibiotics well because of the strain on their digestive system.

There are many alternative health options that can complement treatment with antibiotics and which may reduce side effects, and there are many natural remedies that have antibiotic and immune-enhancing properties of their own.

For further information on solutions for Chronic Fatigue Syndrome CLICK on the link below:

Posting....
Cookies
To make this site work properly, we sometimes place small data files called cookies on your device. Most big websites do this too.
Accept
Read more